Sometimes we forget we’re holding a pen because it’s been in our hand for a while. We might answer the phone or go across the room for something, not realizing we’re still holding on to it. 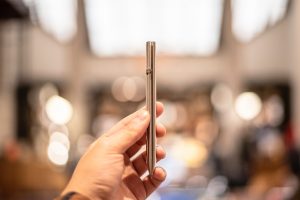 Sometimes we hold on to a feeling/regret/belief like this too. It’s been a part of us for so long, that we forget that WE ARE THE ONE HOLDING ON TO IT. And if we are the ones holding it, we can let it go.

We can simply…..drop the pen.

Imagine holding that regret in your hand like a pen and dropping it, just simply CHOOSING TO RELEASE IT.

I had an experience like this a couple of years ago. I knew about this “dropping the pen” idea but hadn’t really assimilated it yet. Someone had broken a business agreement with me, and I was still harboring resentment about it.

and …..I DID!!! Though what happened in the interaction with this person changed the way that I look at contracts (actually for the better, I think, because now I know that contracts are malleable), I no longer harbored resentment about it. It was a conscious CHOICE that I made, to release it, to drop the resentment about it. Just like dropping a pen that I’d been holding in my hand.

So what about you? Is there anything you’re ready to drop? It can be as easy as that.

And to help you, here are three questions to ask yourself if you want to let something go:

NOTE 1: If it’s an old belief you’re releasing, make sure to have a new one to replace it with! What is your new belief about __________ going to be now that you released the old one? Make it simple, powerful, positive, and present-tense. This helps reprogram what it is that you DO WANT  : )

NOTE #2:  If you answered “yes” to #2, and “now” to #3, but you’re getting caught up at #1, just email us at info@radicalenlightenment.com. We love helping people let go of the stuff they’ve held on to for too long.